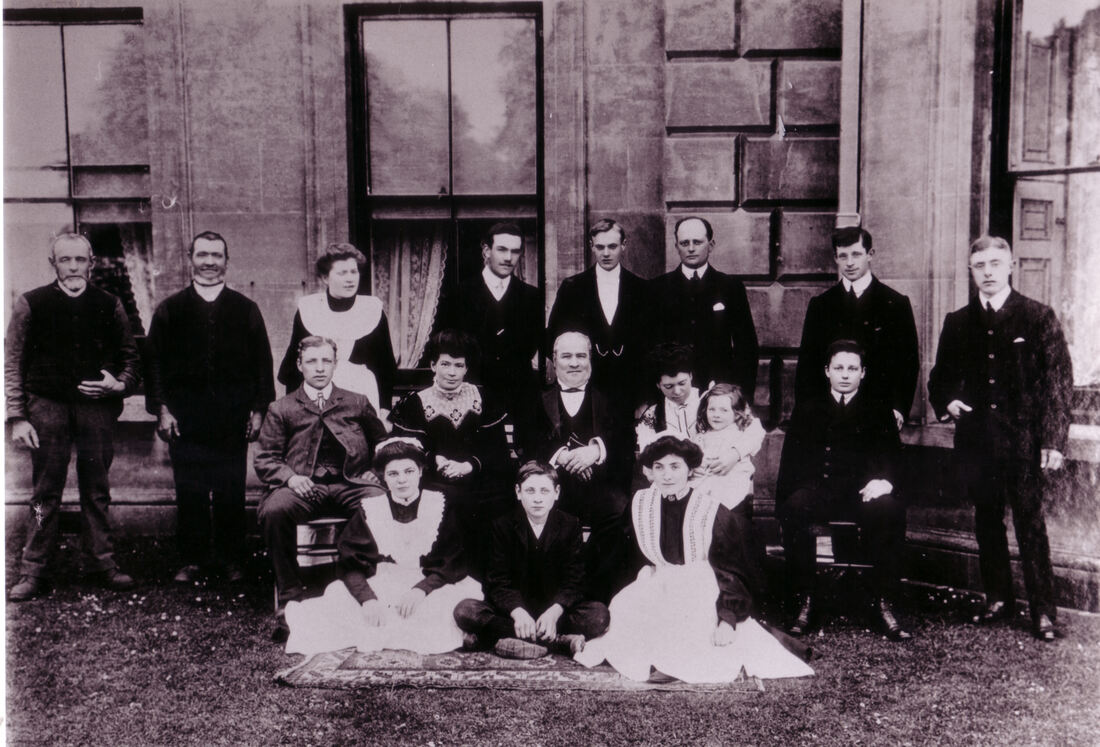 The servants, photographed by Margaret Poole c. 1910
The household ledger for the years 1925 through to 1929 provides a fantastic insight into the day to day running of a large house. The document starts with a series of entries for January 5th, listing a variety of sums paid to a Mr Elliot amounting in total to 1 3s 0d and continues to record every transaction. There are entries for pheasant plucking, sweeping the chimneys and for a quantity of bacon and ham. On April 12th 1925 a considerable sum was paid for the entry of 'Car to Lady Day'.

The ledger records items such as the 2s paid out for 'ribbon for bow' in May 1927 to a great sum spent on 'motorcycle and tools' in April 1928. Some payments remained constant - every month a sum was paid to 'Bellworthy' - who may have been the Butler. The ledger is also a great tool to document the spending habits of the Awdry children and provides a snapshot of their lives.

Servants at Kingshill enjoyed a somewhat better standard of living than many who worked at similar estates during these times. As we have noted, the Eyre's were liberal and progressive thinkers and Mrs Poole continued this with her leadership of the house.

A party was held at the house to celebrate Queen Victoria's Diamond Jubilee (January 1897). Hosted by Arthur Ruscombe Poole (who passed away several months later) at least 30 servants sat down to a supper in the dining room. The meal had been specialy prepared by the Butler, Mr Deeming, and the cook, Mrs Bucknell.

The local newspaper reported the occasion, recording that the dancing continued until 4am.