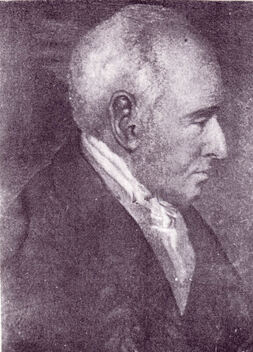 Frederick Edwin Eyre was born in London in 1818 and married Eliza Raynsford (also a Londoner) in 1843. Mr Eyre served in the Army, attaining the rank of Colonel and amassed a large fortune, highlighted in his will - even after substantial work on the house and grounds he left over 185,000 pounds to his widow along with a number of legacies. In today's values(based on the Bank of England Inflation Calculator) this is approximately 24,876,046.

Many publications state how compassionate this couple were for those less fortunate than themselves. At the finish of the rebuilding work on the house, Mr Eyre treated the entire workforce to a dinner at the Bell and Castle Inn, which stood at the centre of town in Parsonage Street.

Mrs Eyre held the same liberal values as her husband. After her death in 1887 she continued to live in the house with her niece, Margaret Sealey Poole and her husband Arthur Ruscombe Poole Q.C.

Mr and Mrs Eyre did not have any children and their niece Margaret was treated as an adopted daughter. Mrs Eyre and her niece were extremely close and both were very involved in charitable societies and issues around the town. 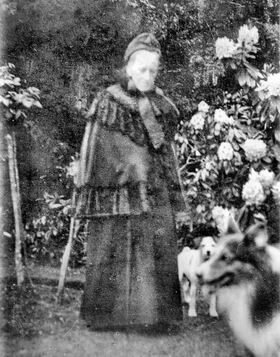 Eliza Eyre was a great benefactor to the town and district and was particularly concerned with the plight of the poor. She was Lady Visitor to the Workhouse for many years.

Following the death of her husband in 1887 she presented an organ to the parish church in his memory. Mrs Eyre's initiative expediated a mains water supply for Dursley by offering 600 towards the scheme (over 80,000 in today's values) . She arranged at her own expense for a water supply to be provided at the top of Hunger Hill and Union Street from the Workhouse. This removed the need for water to be carried up the hill from the Broadwell and hence were the first residents of Dursley to have a supply of running water.

Eliza and her niece, Margaret Sealey Poole, were very concerned with the dreadful conditions which many working people were living and in 1897 they built the first 'artisan dwellings' in Dursley, known as Poole Cottages.

Mrs Eyre offered over 100,000 towards the cost of a local sewage system, which resulted in the creation of the Dursley & Cam Sewage Works. She cut the first sod at the opening ceremony in September 1903. She further donated much more of her own money towards the system on behalf of the parish of Cam.

A plaque in Lower Cam church was unveiled by Eliza Eyre in 1905 in memory of the three Hopton sisters. In July 1905 she made her last public appearance when she set in motion the clock which she had previously donated to St George's Church, Cam.

Eliza Eyre died on the 24th September 1905, loved and mourned by many. Due to her careful ways she left 303,327 in her will (37,716,918 in today's money). Much of the fortune was left to her beloved niece Margaret, and she also followed her husband's example by creating legacies for local hospitals as well as relatives and servants. She was buried alongside Edwin Eyre in the family grave at St. Mark's, Woodmancote.
'With her death there closes a career of wonderful activity and goodness. Every candid person will admit that in moral courage, public spiritedness and benevolence, Mrs. Eyre has had no superior and few equals among the benefactors and benefactresses who have adorned the annals of the West Country."