Mr Eyre spent a considerable amount of money upgrading and extending the house. After his death, his family continued to with building works. For a comparison, look at the two images of the house (taken a few years apart from each other). They show the effects of building to the rear of the northern wing in 1907 - 08.

In the pre-1907 photograph the stonework of the parapet, erected thirty years previously, can been seen to hide the central roof structure from view, while to the rear there is clearly some open ground between the house itself and the stable buildings behind. 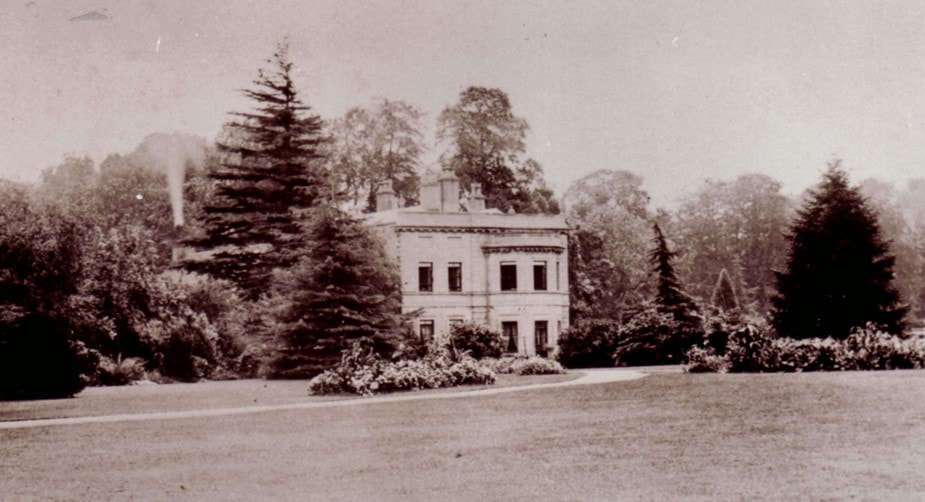 Several years later the view has changed significantly. A huge extension has been constructed at the north-eastern corner of the house extending beyond the garden wall. Although faced with ashlar limestone to the north, making it compatible with the existing face, it is almost entirely red engineering brick once one passes through the gate in the garden wall.

The style of this latest extension is somewhat different to that of the rest of the house. It is two-storey, as opposed to three and the distinctive parapet has been discontinued in favour of an openly inclined roof. An attempt to tie it in visually to the rest of the house seems to have resulted in the inclusion of a plan pediment echoing that over the main entrance.

The building work of 1907-08 adds an impressionable amount of extra room to an already large house. The date coincides with the time that Margaret Poole's daughter and her husband John Awdry establish permanent residence in the house along with their three children. It would seem that their arrival gave rise to the need for extra space. 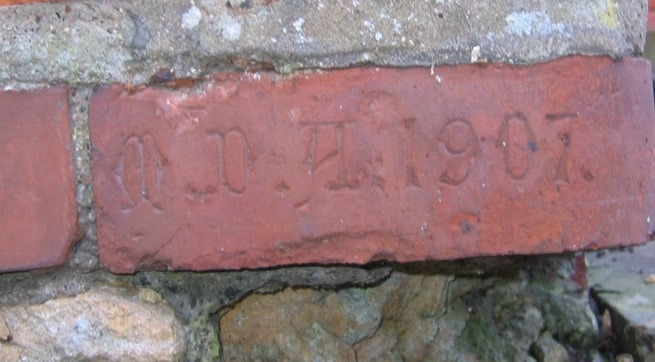 The initials MDA (Mary Diana Awdry) and the date 1907 inscribed into the lower course brickwork of the new north eastern wing built by the Awdry family.